Can PR save the Big Society? 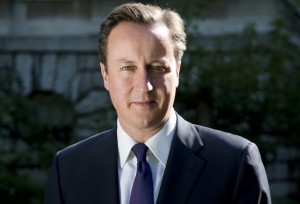 David Cameron declared defiantly in a recent speech that his mission in politics is to make the ‘Big Society’ succeed. The PM was responding to a barrage of negative media coverage and a flurry of polls suggesting that most voters are either unsure of what the concept means or suspicious of it.

Many see the ‘Big Society’ as a cover for government spending cuts, while others claim Cameron has defined it in deliberately vague terms so its success or otherwise is impossible to gauge. These are early days for an idea that aims to fundamentally transform the relationship between the state and its citizens, but today’s 24-hour news culture demands immediate results and headlines. Hence, Cameron has turned to PR in a bid to convince the public that the ‘Big Society’ is more than just a gimmick. As reported by trade magazine PR Week, the Downing Street comms operation has undergone a major overhaul as the government seeks to get across its message about the Big Society more effectively. The flurry of recent changes to the PR team, along with the PM’s aforementioned speech, is a tacit admission that the ‘Big Society’ concept hasn’t yet been taken to heart by the public as Cameron had hoped.

So, what can Cameron and his new PR team do to ensure the Big Society becomes a lasting legacy rather than a passing fad?
We’re happy to offer up some advice, completely free of charge!