Outwrite was tasked with maximising opportunities presented by the arrival of an additional, fourth, aircraft, to improve awareness among the public in Wales that WAA depends entirely on public donations to keep its aircraft flying.

Outwrite PR worked closely with WAA’s PR manager to devise and implement a media relations campaign, which ran from mid-June to mid-September 2016.

Outwrite set out to:

We interviewed six key WAA personnel, including the chief executive, two regional heads of fundraising, the head of PR, and one trustee, to find out what they knew about the understanding of the purpose and set-up of WAA among the supporters and prospects they had regular contact with.

While we referenced a core list of six questions, we also gathered anecdotes from each interviewee of people’s perceptions.

We also interviewed six of our good journalistic contacts: 2 broadcast and 4 print/online, to find out what they knew about the WAA.

This allowed us to set an informal baseline for levels of knowledge about key WAA messages, in the absence of any funding for external opinion-polling for campaign measurement purposes.

“Outwrite’s team keeps on top of issues in the wider Welsh NHS and political arena, which means they give us timely and appropriate advice.

“Their knowledge of the Welsh media, and what makes a good news story, means every campaign they have carried out has achieved coverage beyond our expectations.  Their relationship with our in-house PR team is close and supportive.  They’re really helping Wales Air Ambulance to stay in front of mind with the media, the public and our other stakeholders.” 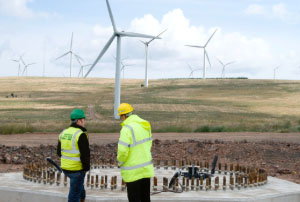 The services that make us an award-winning integrated PR agency

PR has been, and always will be, about your reputation. Your actions and communication, as well as what third parties say about your brand, has a direct impact on your sales.

We have in-house social media and SEO (search engine optimisation) skills to offer a fully integrated approach to positioning your business as an expert off- and online.

Find out more about why we are a respected digital PR agency.

Does your business need to manage a potentially negative story? Do negative articles appear on the first page of Google when your brand is searched for? Do you have a social media policy in place to deal with upset or angry customers?

We understand that when reputations are on the line, so too are sales and profits.
Whatever the issue or crisis, Outwrite is able to help protect your organisation’s reputation both off- and online.

Find out more about why brands choose us as their crisis PR agency.

The digital world is bustling with conversations; to get your messages seen, your content has to stand out. Outwrite offers a number of packages, each of which are tailored specifically to you. They are run on a one-to-one basis and are completely bespoke.

All of our social media courses are customisable to suit you. If you want more, or less, meetings over a longer, or shorter, period of time, that’s fine.

Find out more about why businesses engage Outwrite to be their social media training agency.

Engage us to be your integrated PR and SEO agency

Get in touch to discuss how we can promote your brand.

This article first appeared in the Daily Post's business section. Construction PR and community engagement is still vital activity for schemes across the UK, with organisations turning to digital solutions to combat COVID-19 restrictions. Projects largely carried on...

END_OF_DOCUMENT_TOKEN_TO_BE_REPLACED

Sports PR: How communications can help attract and retain members

Integrating PR and communications into your membership strategy will help attract and retain members. Common examples in the sports and health sector are gym goers, class instructors, a professional club’s charitable foundation and active lifestyle organisations....